Migrate to the world of Linux

TOP Reasons To Switch Over To Linux OS

The Linux project was announced by the Linux creator Linus Torvalds on August 25, 1991. With time, Linux has managed to earn a respectable place in the open source world. With other OS still struggling to provide security and reliability at the first place, here are 10 reasons to switch over to Linux.

Linux has been around for years and so as the other operating systems. The evidences, rumors and even frustrations from the tech world suggest that Linux still leads the way at personal as well as enterprise level.

Here are 10 reasons to switch over to Linux from other operating systems right now:

Leave aside Apple, we all know how things and software at professional level work in Apple. Even Windows charges for upgrades. However, if you want to switch over to the Linux, you do not have to pay any extra cost. Yes, it’s completely free.

Ask people who use Windows. Ask how much they do not want unwanted things playing around their computers. Basically, you cannot survive without an antivirus.

On the other hand, Linux is unknown to a virus and so, antivirus as well. You do not have to pay much attention towards security and programs doing unwanted things in the background.

Well, it might sound like a stupid statement but gone are those days when you needed to be a computer expert to use the Linux operating system. With time, the Linux has evolved and these days, Linux also offers great user interface like other operating systems. It just takes to come out of your closet and try your hands on this beautiful OS. Once acquainted with it, you might very well start enjoying playing around with the Linux.

Not to be denied, you can pretty much install many of the proprietary titled software to your Windows. However, when it comes to running FOSS on Windows, its same as India building a dam in Pakistan on a river originated in China. You know what I mean. What’s so special about FOSS? Well, it’s free, easy to use, usually stable, and secure and versatile — the same things that make Linux special.

Most of the popular operating system run on ‘One size fits all’ benchmark. When we talk about Linux, there are literally different versions that you can further customize to suit your needs. For example, if you are a gamer, you can simply install/ uninstall some packages to move from a DJ to a gamer level in Linux. This kind of flexibility is not offered in other OS. That’s why Linux is Versatile.

Ah! when upgraded from lower versions to higher versions, many software need further up gradation. On top of that, there are compatibility issues with the hardware and drivers. Well, that’s not a regular case with the Linux. You can literally survive on a machine from even 90s.

Well, you do not have a particular store called app store or Android store or Windows store, where you might have to buy a professional version of a software. The Linux world has its own store and there, everything is for free. Linux recommends a compatible software automatically for you and also, you keep on getting automatic updates for free.

You do not have to wait every one year or every eighteen months for an upgraded software roll out and in the meantime keep struggling with the lacuna of your operating system, or trying to find a fix temporarily. Yes, in the Linux, you get regular updates along with the provision of short-short updates and that too for a particular package. Moreover, you do not need to restart your machine in all cases. It just happens like a fluke.Also read:

We have seen those times, when after installing an operating system, the next step we had to go for will be the long process of installation of drivers like wifi driver, Bluetooth driver, touchpad driver, graphics card driver, audio driver and much more. Well, that’s not the case with the Linux. Most of the drivers are supported by the Linux Kernel. That means you do not have to hunt around to find a driver. It’s more like plug n play.

Linux community is probably the best thing Linux has seen. You are never alone. There are a plethora of forum where you will find the answers for your problem. If you think you can resolve the issue, you can also contribute towards it. Such support is still missing in other OS.

What are all the advantages of using Linux rather than Microsoft Windows?

Have you ever wondered what are some cool Linux softwares or tools that you must try?? Well I thought that when i was new to this world i.e. what new can i try that would ease my work?

So,here is a list of all the packages without which your system is incomplete. Many of you might be using many of them but for those who have not started using them TRY THEM NOW!!!

Yakuake is a KDE drop down terminal emulator i.e it slides down from the top of the screen when a key is pressed, and slide back up when the key is pressed again.It is a feature-rich terminal application that supports skinning, split-viewing, profiles and which runs in the background without you even being aware of its presence. 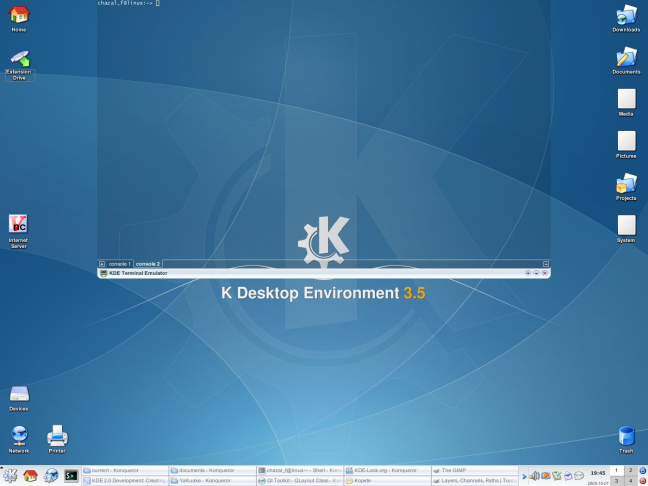 Everyone has his own pick of a text editor 😀 i personally got many suggestions from emacs to nano to sublime 😀 but i chose VIM. So why VIM??  VIM has a function on almost every key in its Normal mode. When used regularly the keys become more valuable for editing and gives a potential for better productivity.Also you can create your own vimrc file and configure the shortcuts as you want .It is super portable and works on virtually any operating-system / architecture and most servers will be able to handle your own vimrc so you can have a seamless experience on both desktop and servers.

GIMP for me personally is a good alternative that i found for photoshop in linux.It can help you create your website graphics like banners , buttons and patterns from scratch. It is a great tool to enhance and retouch your digital photoes.Also GIMP has a strong community over the internet so you can always find someone to help you when you are stuck. “Well thats the real advantage of open source community 🙂 ” 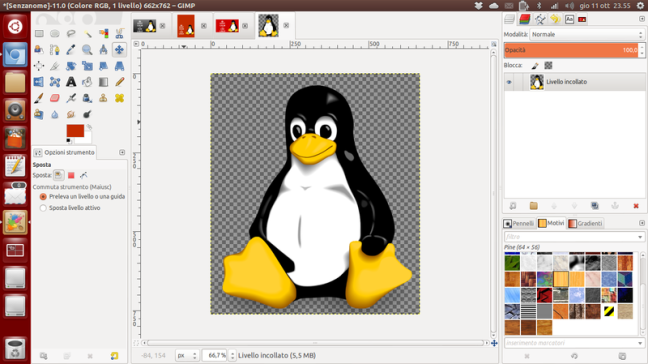 Most probably libre office comes preinstalled but for in case it does’nt you may always do it.From documents to spreadsheets to presentations and more, LibreOffice has all the tools you need to get things done. 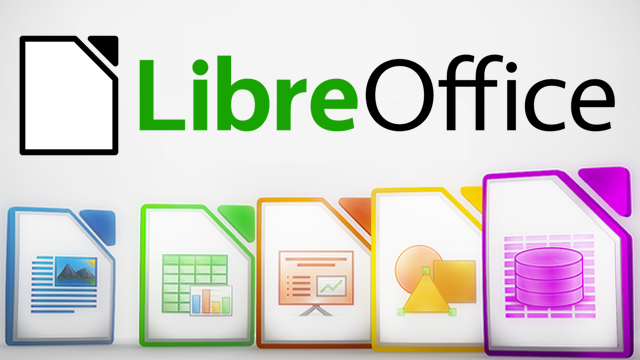 Pastebin is a must when we get stuck to paste our code and ask up in the community.Bored of going to the pastebin then doing the copy and paste??.Sprunge is a good alternative as a command line pastebin.After installation

To pipe the output of any command execute :

Pidgin is the favorite instant messenger of many Linux users, and for a good reason. With support for all the popular chat protocols – Gtalk, IRC, Yahoo, ICQ, XMPP – and others (like Facebook) available via official and third-party plugins, who wouldn’t love Pidgin? It also works on Windows, and has many cool features, like custom emoticons, “Now Playing” status messages, different types of notification and buddy grouping and filtering. 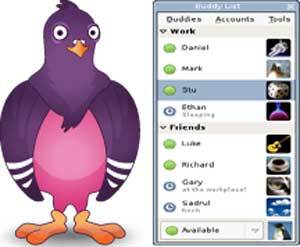 We might pretend we don’t care or console ourselves by thinking we’ve got “nothing to hide”, but the fact is that privacy and security are extremely important, and that it’s a wise practice to be mindful of them on the Internet. Tor helps you in that mission by providing a browser and communication tools that block trackers and enable anonymized surfing.

Its a pretty good command line downloader for youtube videos.You can download any video and even the whole playlists in a zippy 😀.

Amarok serves many functions that can be used to organize a library of music into folders according to genre, artist, and album, can edit tags attached to most music formats, associate album art, attach lyrics, and automatically “score” music by keeping play count statistics.Also from version 1.4.4, Amarok introduced the integration of magnatune, a non-drm digital music store, enabling users to purchase music in Ogg, flac, wav, and mp3 formats 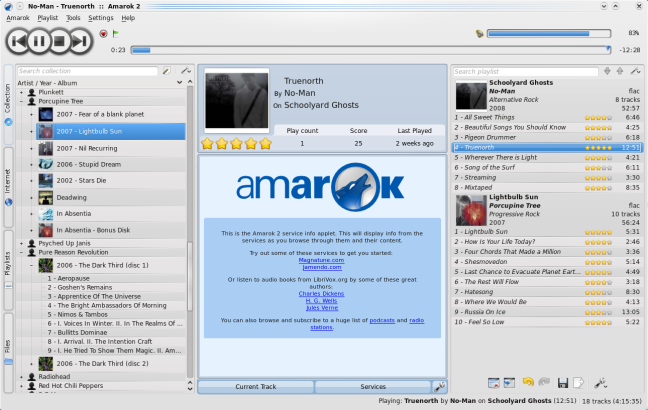 Whether you are an illustrator, designer, web designer or just someone who needs to create some vector imagery, Inkscape is for you! Inkscape is a free and open-source vector graphics editor; it can be used to create or edit vector graphics such as illustrations, diagrams, line arts, charts, logos and complex paintings. 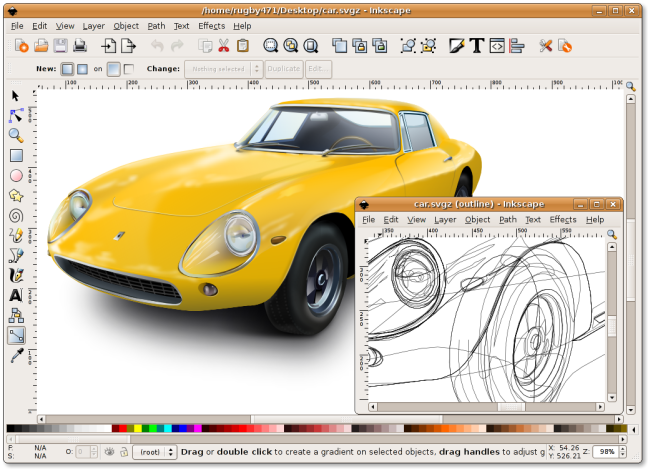 For All type of Linux Migration or Linux Support Services in India, just call or email us on sales@itmonteur.net